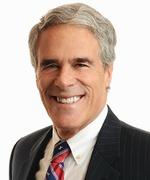 Murray, a senior litigation partner in the Health Sciences Department of Pepper Hamilton LLP, has been involved in a wide variety of matters since joining the firm in 1970. He primarily handles pharmaceutical and medical device products liability cases, toxic tort cases and an array of commercial matters, including those with an international cast.

In recent years, Murray has done a large volume of work in the products liability area for many medical device, biologic and pharmaceutical companies. He has defended medical devices and biologic products, such as catheters, intraocular lenses, IUDs, spinal implants, bone tissue and stents, among others, and such pharmaceutical products as anabolic and other steroids, antibiotics, anti-epileptics, birth control pills, cardiac medications, contrast media, dermatologic medications, fertility agents, major and minor tranquilizers, NSAIDs and over-the-counter preparations. Murray also has defended a number of cases claiming injuries from benzene.

Murray has served as trial counsel, regional coordinating counsel and national coordinating counsel in “mass disaster” cases where in some cases, thousands of litigants were involved, and has several times worked with company attorneys to set up the defense at the outset of such mass litigation situations. He has achieved many dozen summary judgements based on the learned intermediary doctrine, the failure of plaintiffs’ experts to create a fact issue, lack of medical causation, statute of limitations and other grounds.

In pursuing his interest in international law, Murray has been involved in the trial of a Pakistani-Bangladeshi dispute in federal court, a Portuguese labor matter which came before a Labor Tribunal in the Portuguese Azores, a trial in the French courts, licensing disputes between English and American companies, and the defense of Italian manufacturers in U.S. products cases. He also has handled matters in the Czech Republic, Switzerland, and Holland.

Murray has been admitted to United States Supreme Court and US Court of Appeals Second Circuit, respectively. He is also listed in Benchmark Litigation, The Best Lawyers in America, and Pennsylvania Super Lawyers.

He did his clerkship under the Hon A Leon Higginbotham Jr, Chief Judge of the Unites States Court of Appeals for the Third Circuit in Philadelphia.

Murray earned his LLB from Harvard Law School and MA from Harvard University, and BA with Phi Beta Kappa from Haverford College.