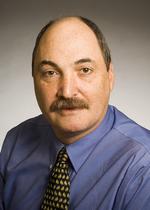 
James Andrew Lewis is a Senior Vice President and Program Director at the Center for Strategic and International Studies (CSIS). Before joining CSIS, Jim worked at the Departments of State and Commerce as a Foreign Service Officer and as a member of the Senior Executive Service. His government experience includes work on Asian politico-military issues, as a negotiator on conventional arms and technology transfers, and on military and intelligence-related technologies. Jim led the U.S. delegation to the Wassenaar Arrangement Experts Group on advanced civil and military technologies and was the Rapporteur for the UN's Group of Government Experts on Information Security for their successful 2010, 2013 and 2015 sessions.

Since coming to CSIS, Jim has authored numerous publications. His recent work focuses on cybersecurity, including the bestselling "Cybersecurity for the 44th Presidency," which was commended by President Obama. Jim is an internationally recognized expert whose comments appear frequently in the media. His current research examines sovereignty on the internet, cybersecurity norms, warfare, and innovation. Jim received his Ph.D. from the University of Chicago.