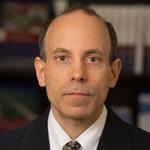 Richard Weitz, ICAS Fellow, is Senior Fellow and Director of the Center for Political-Military Analysis at Hudson Institute. His current research includes regional security developments relating to Europe, Eurasia, and East Asia as well as U.S. foreign and defense policies. Richard is also an Expert at Wikistrat and a non-resident Adjunct Senior Fellow at the Center for a New American Security (CNAS).

Before joining Hudson in 2005, he worked for shorter terms at the Institute for Foreign Policy Analysis, Center for Strategic and international Studies, Defense Science Board, Harvard University’, and other research institutions, and the U.S. Department of Defense.

Richard is a graduate of Harvard University (Ph.D. in Political Science), Oxford University (M.Phil. in Politics), the London School of Economics (M.Sc. in International Relations), and Harvard College (B.A. with Highest Honors in Government), where he was elected to Phi Beta Kappa. Richard is proficient in Russian, French, and German.

In addition, Richard has delivered numerous presentations at conferences, panels, and other events in many countries.